At midnight on the 24th of December Guatemalans typically munch on tamales washed down with steaming homemade fruit punch or ponche. 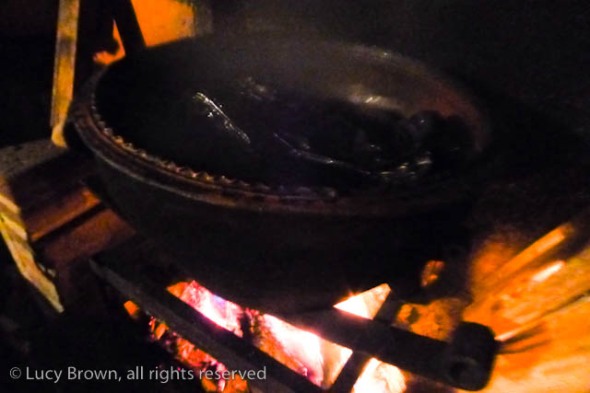 Cooking tamales the traditional way on an open fire. 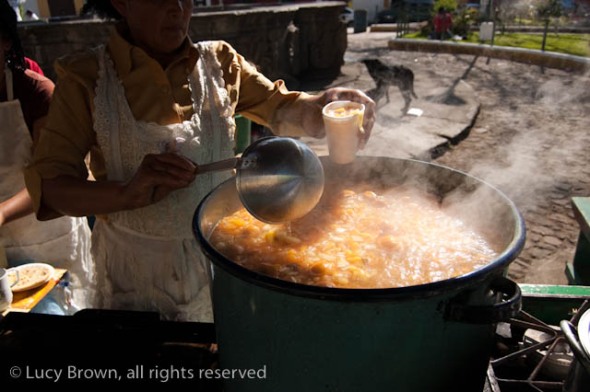 Serving ponche at a street stall.

The tamal colorado is one of the most common tamales in Guatemala and although usually sold only on Saturdays it is also the traditional dish for Christmas Eve.

Made from a cooked maize dough or masa with a tomato-based sauce and a piece of pork, chicken or turkey inside, it is served wrapped up in banana leaves.

Throughout the year they are eaten with pan francés (French bread rolls) and a cup of coffee or hot chocolate. However on this day it is more common to accompany them with festive ponche.

The first few times I tried tamales colorados they didn´t grab my attention. It wasn’t until I sampled a number of them that I found some I liked, so it is worth trying a few from different places as the quality can vary greatly. 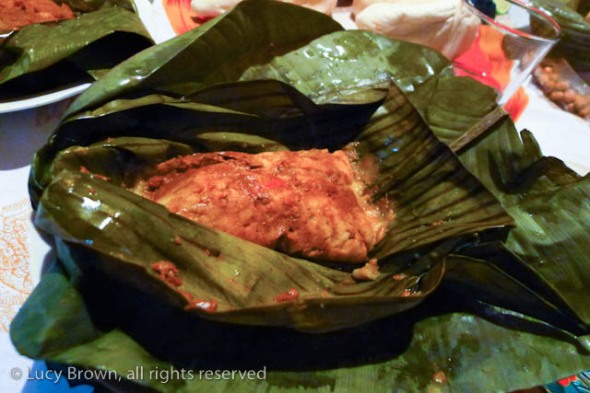 A variation of the tamal is the pache which is made with a potato dough instead of maize. This year on Christmas Eve I ate tamales colorados in two homes and a pache in a third. 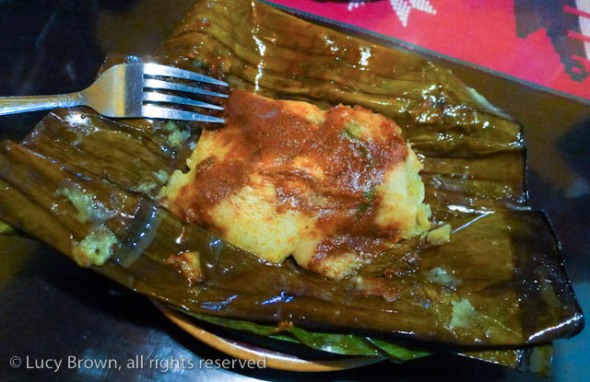 Ponche is a traditional hot fruit punch drunk at home and sold at food stalls and in restaurants all through the Christmas season and at New Year in Guatemala.

Fresh and dried fruits, usually with a variant of pineapple, oranges, apples, plums, papaya, plantain, raisins and prunes, are placed in boiling water with sugar and cinnamon then simmered.

On Christmas Eve, friends offered me ponche in the four different homes I visited and each one was delicious but very different in flavor. One had coconut added and another had chamomile fruit (manzanillas). 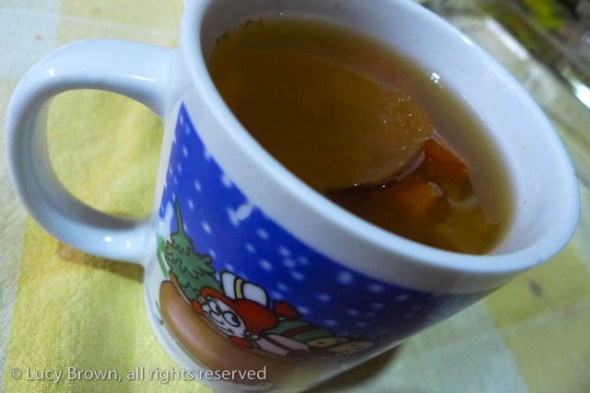 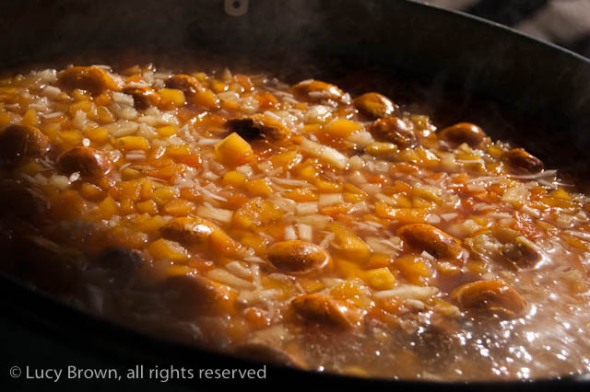 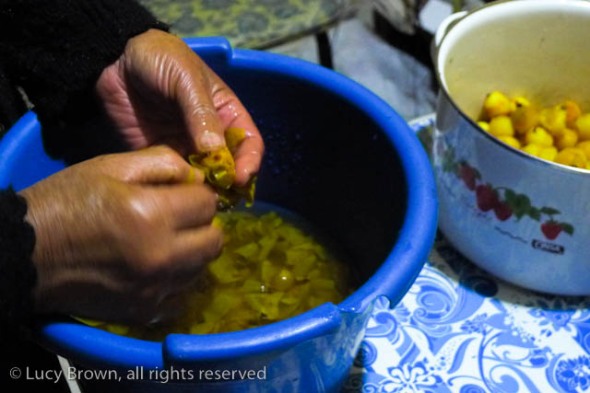