Packs of runners of all ages, seasoned athletes or not, blast on whistles as they pound Guatemala’s streets, independence torches ablaze. Runners, spectators and parades crowd main squares and central parks, a festive buzz charging the air. 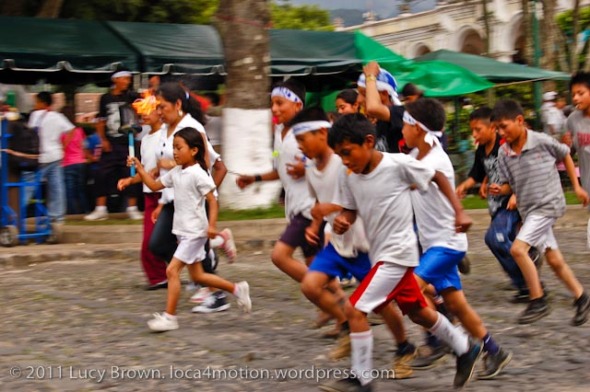 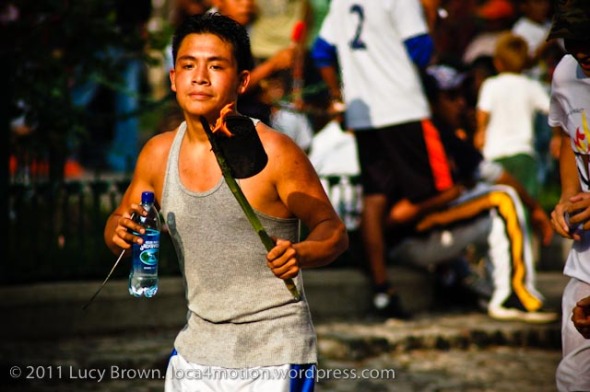 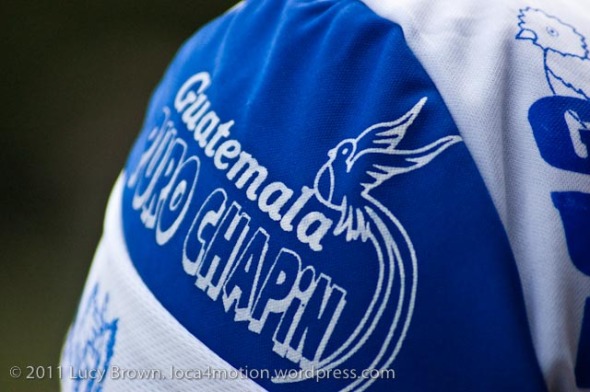 Runners charge excitedly through the streets all over the country on September 14, heading to city central plazas to fetch the independence flame from burning beacons for their community’s independence torch. 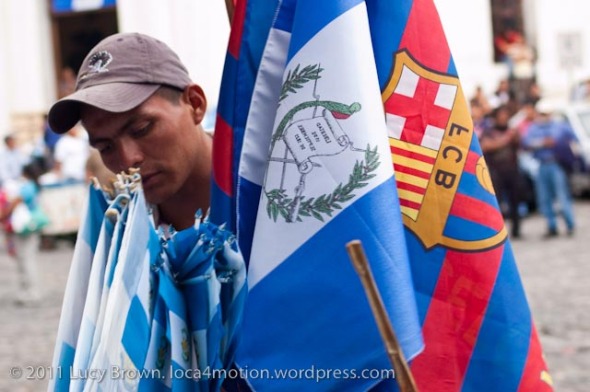 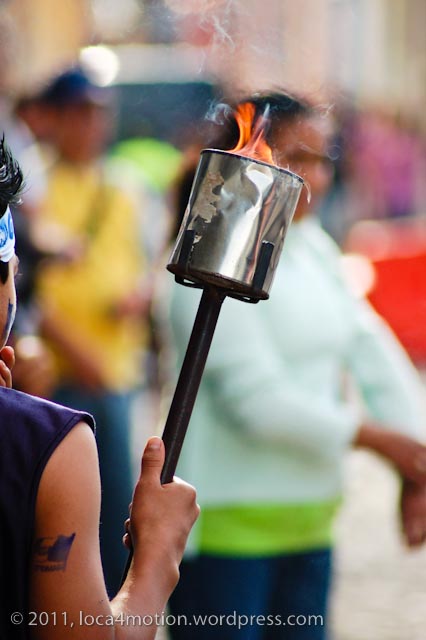 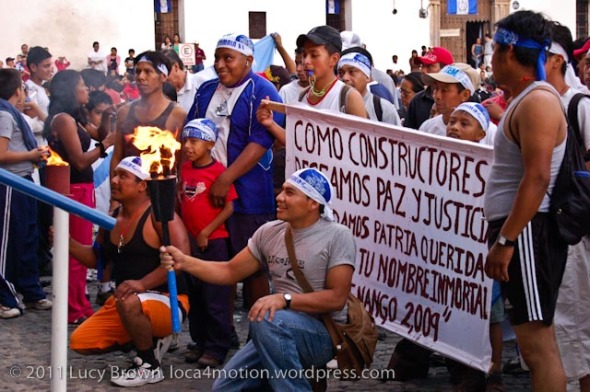 On September 15, colorful celebratory parades of brass bands and dancers boom and boogie their way for hours through streets teeming with expectant onlookers.

At 6 p.m., towns and cities nationwide hold civic ceremonies in their central squares. Speeches commemorate the signing of the Independence Act and pledge allegiance to the flag. The Guatemalan flag is then lowered while crowds solemnly sing the Himno Nacional, their national anthem. 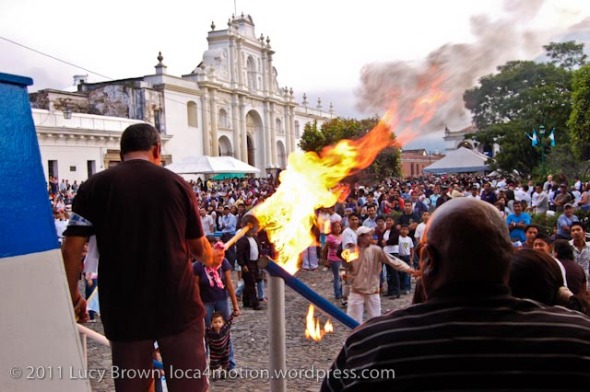 These are some of my favorite images of the runners shot on September 14, 2009 and 2011 in Antigua, a favorite place for fetching the independence flame. Last year, due to severe weather causing treacherous landslides countrywide, authorities suspended the tradition for safety reasons.

This entry was posted on November 20, 2011 by loca4motion. It was filed under Central America, Guatemala and was tagged with antigua, culture, guatemala, independence, independence day, photography, torchbearer, traditions, travel.