Troupes of giant dolls or gigantes dancing in the streets to the sound of marimba during pueblo pageants, are a rare sight for the foreigner and a popular Guatemalan tradition.

Inside these towering jumbo manikins, tucked away under the folds of cloth with tiny feet poking from below, a mortal stomps and sways and twirls its skirts to the rhythm of the music.

Every so often the melody stops and the figures stand motionless allowing puppeteers to catch their breath and cool down in the harsh sunlight, and onlookers to get close and snap photos.

On the 31st of December in the 5a Avenida Norte, the street with the landmark arch in Antigua, against the colonial backdrop of crumbling ruins and color splashed walls of soft hued reds, blues and yellows, gigantes welcome in the New Year festivities. 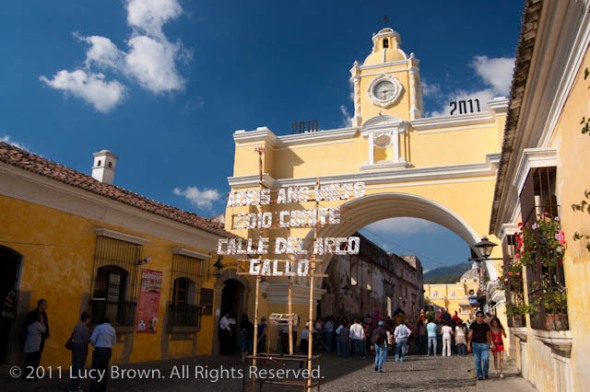 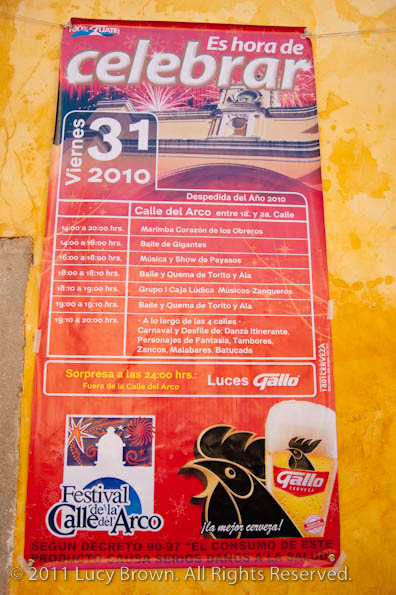 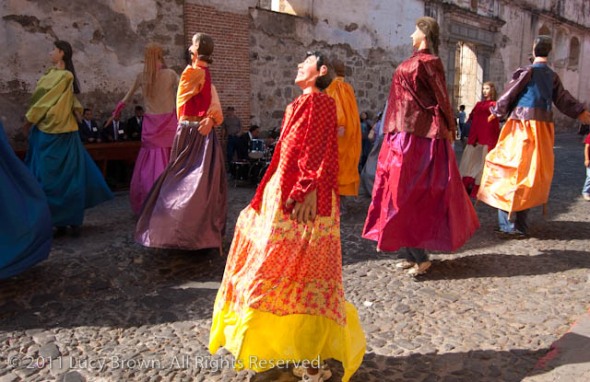 3. Dancing gigantes with marimba band playing in the background. 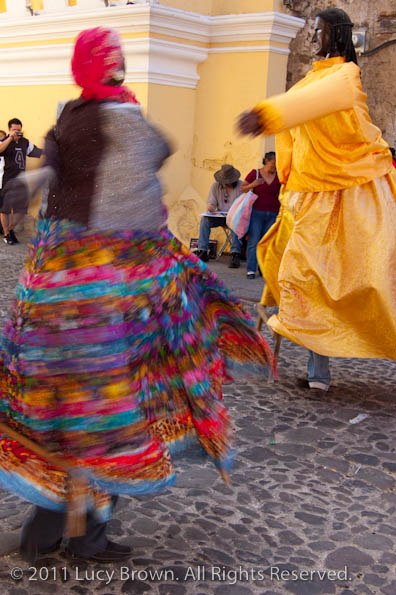 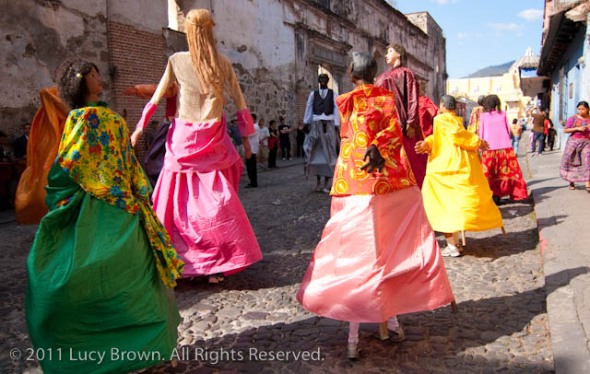 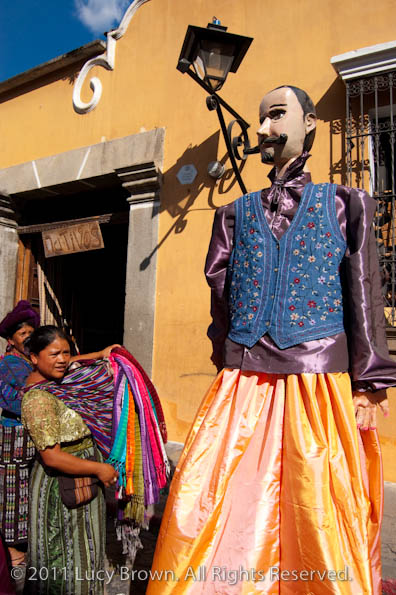 11. One of the taller gigantes. 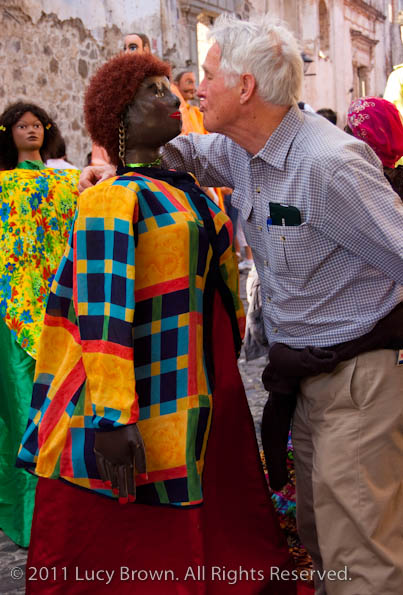 13. A tourist posing for a photo with one of the smaller gigantes. 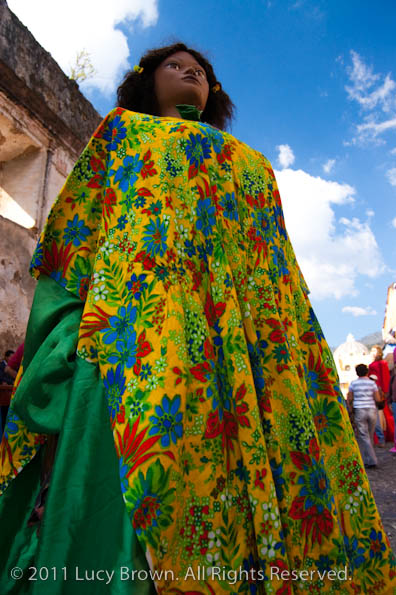 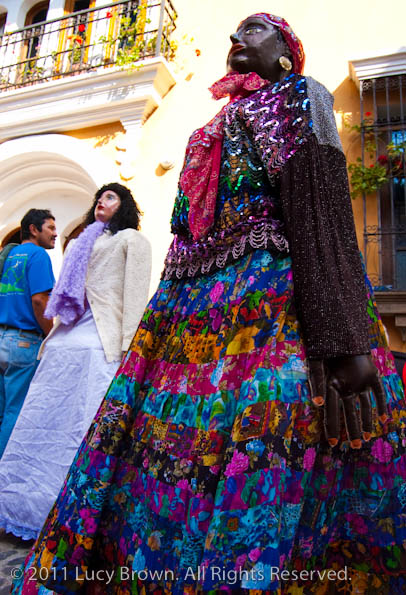 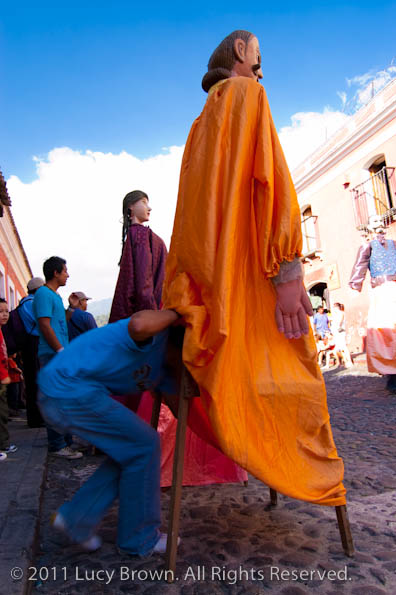 17. Clambering back under a gigante after a brief break. 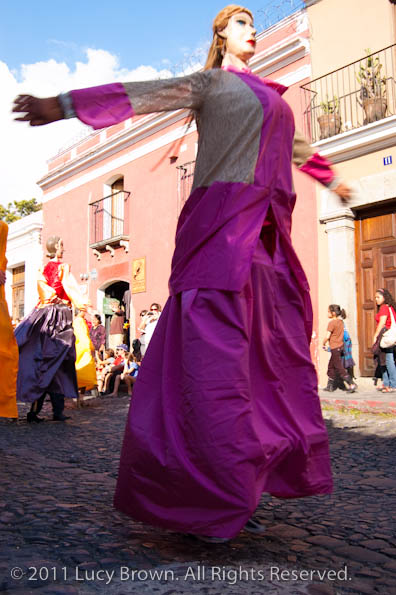 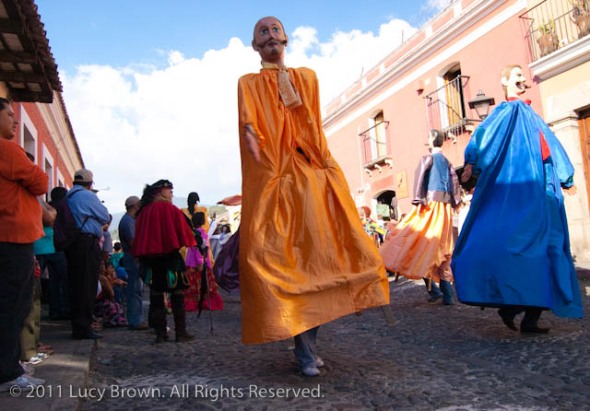 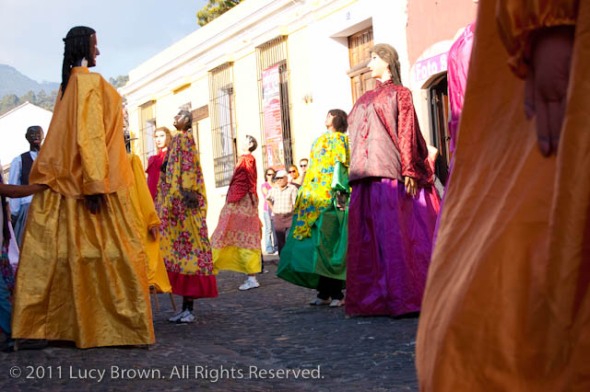 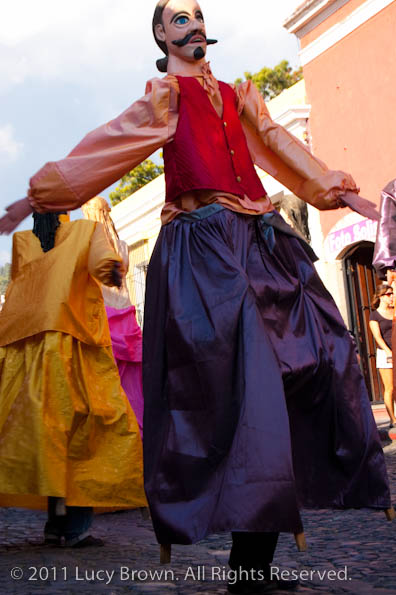 29. Dancing feet under a gigante. 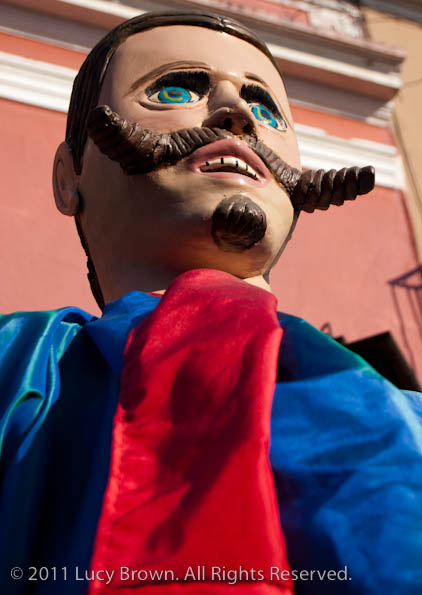 33. Photo time. Showing the scale of some of the taller gigantes. 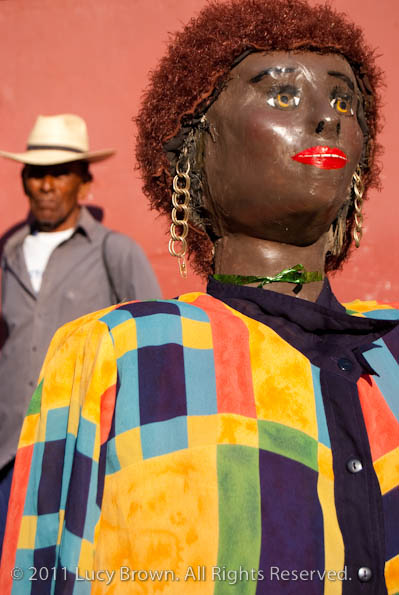 36. Close up of a gigante's colorful dress.

This entry was posted on February 17, 2011 by loca4motion. It was filed under Central America, Guatemala and was tagged with antigua, culture, folkloric dances, gigantes, guatemala, new year festivities, photography, traditional dances, traditions, travel.