Every year on the 7th of December a parade of floats makes its way through the streets of the former capital of Guatemala, Ciudad Vieja just outside Antigua. It’s customary to hold a convite the day before a procession and this one ushers in el Día de la Virgen de La Concepción.

There was a strange and colorful mix of religious and cultural themes including angels, indians, Spaniards, cowboys, devils, men dressed up as women and cartoon characters. It was a truly Guatemalan experience. 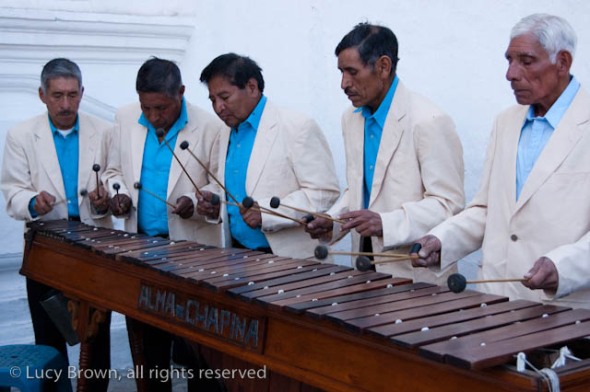 No festival in Guatemala is complete without the sound of marimba.

A float waiting for the parade to begin. 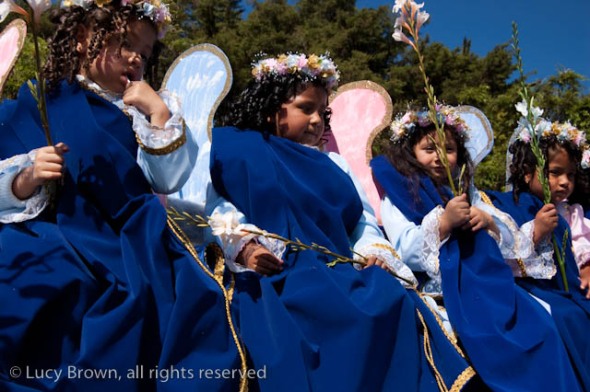 Little angels sitting on the float.

The pirates are coming. 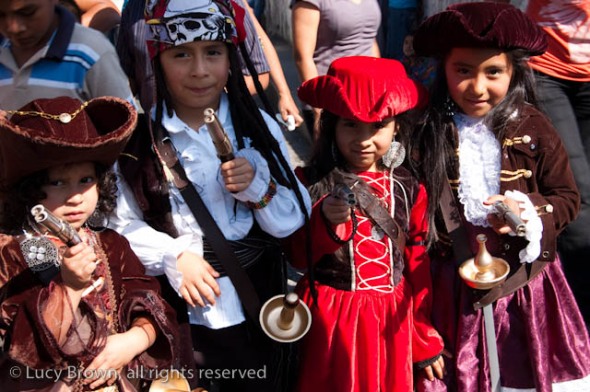 And here they are.

A cowboy handing out flyers for the next days folk dance schedule.

A Spaniard and his horse. 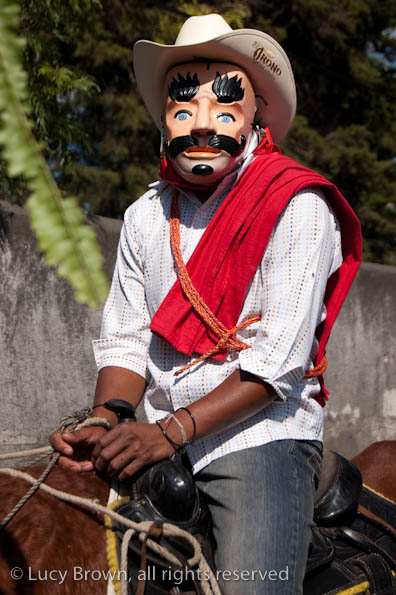 A cowboy on horseback. 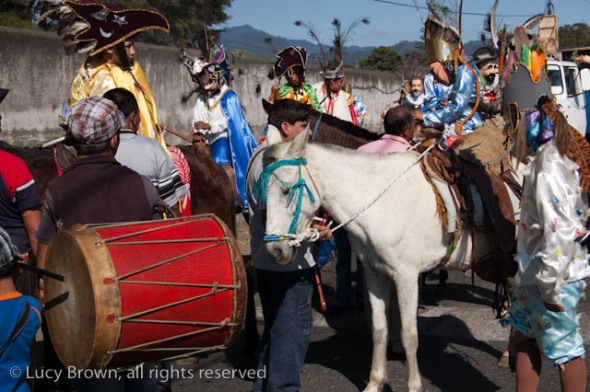 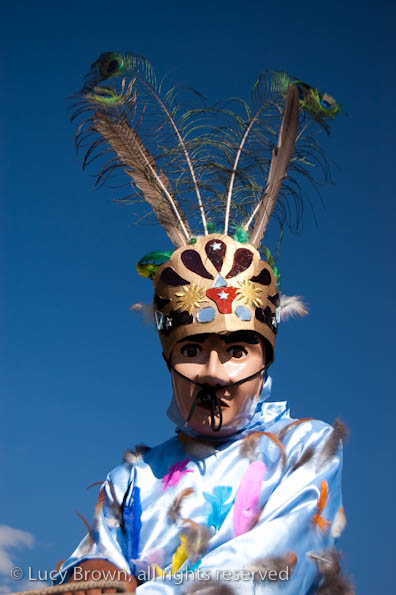 An indian wearing a feathered headdress. 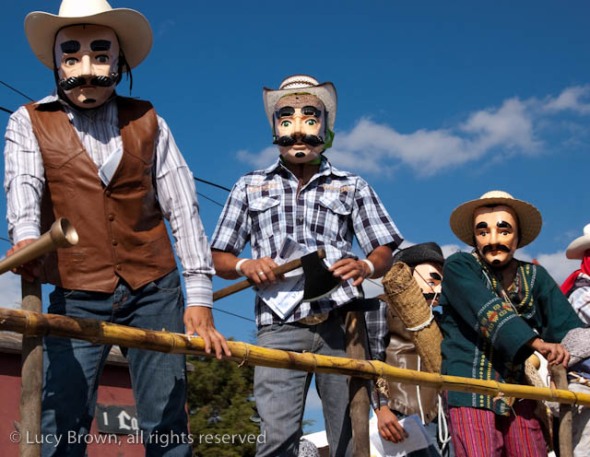 A bunch of cowboys. 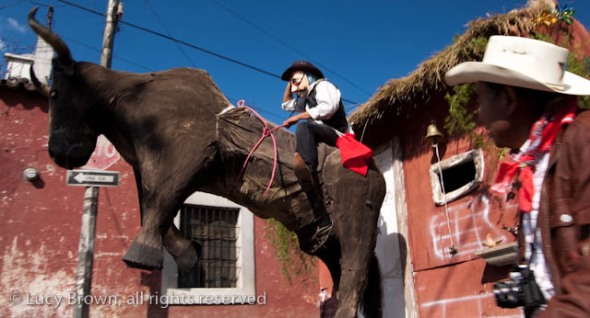 The bull in action.

Mary and some angels. 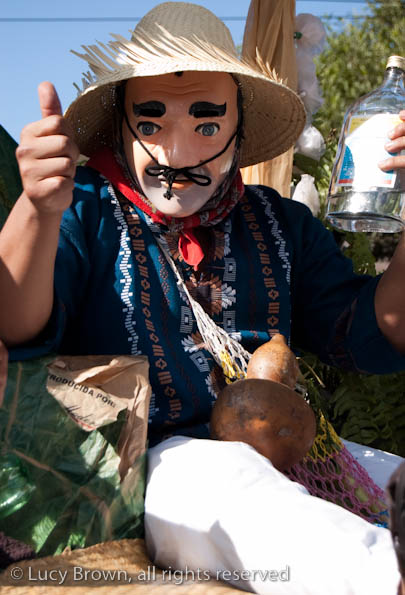 A peasant with his bottle of Guatemalan rum. 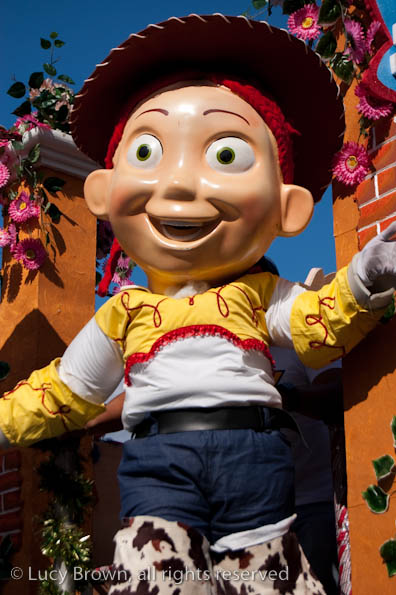 Reindeer and a Christmas theme.

Not sure who this is. 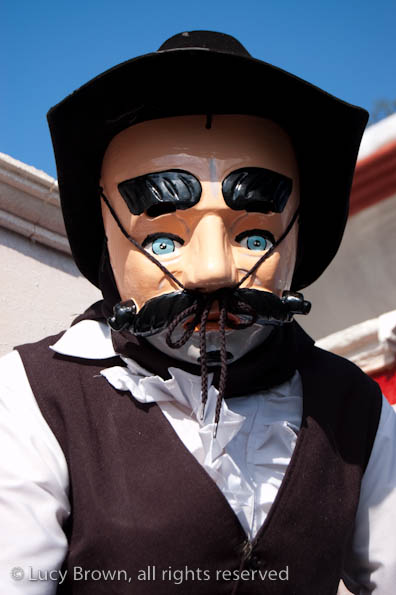 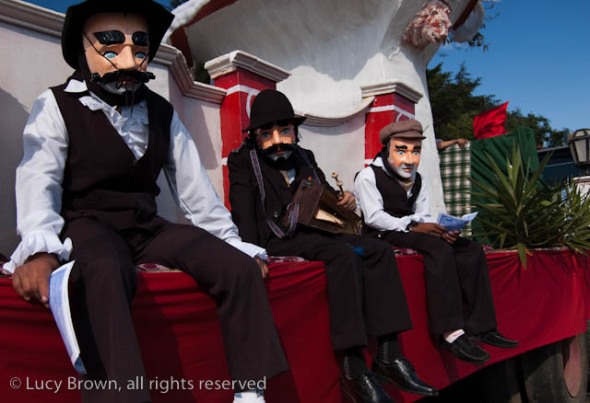 All together handing out flyers. 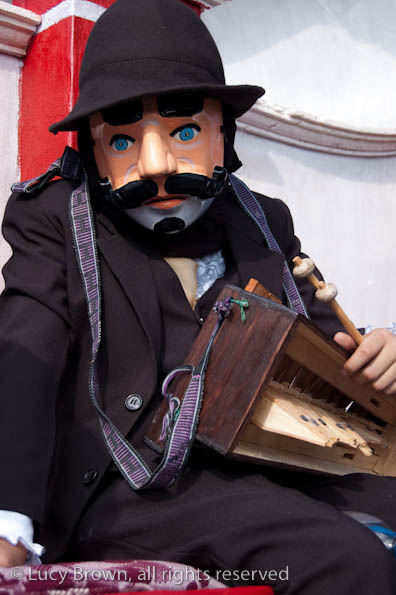 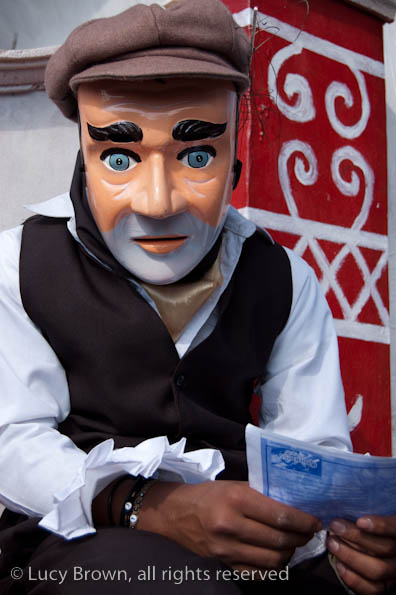 And another beauty with her drunken beau and his bottle of Gallo beer. 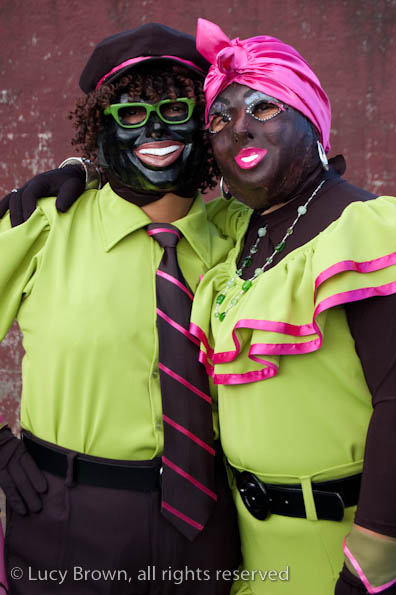 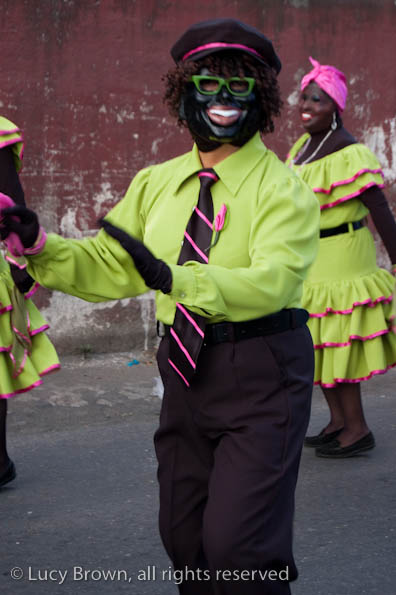 What a happy face. 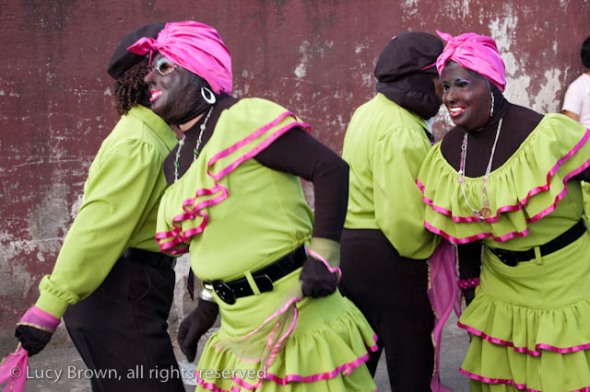 Really going for it.

The first of the Abuelitas Parranderas or Partying Grandmothers. 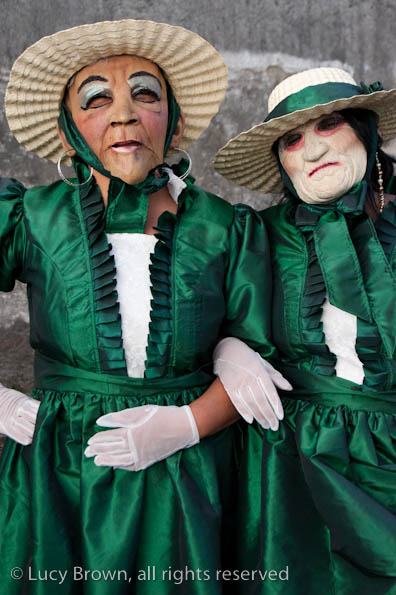 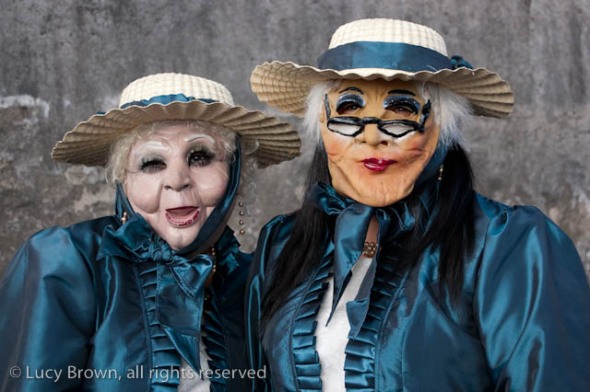 They go in two by two. 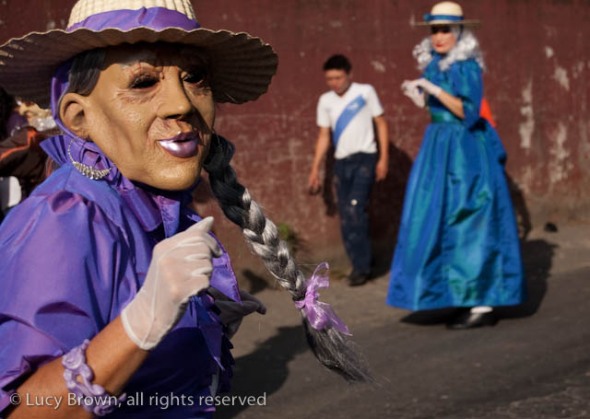 Really going for it. These women were awesome dancers. 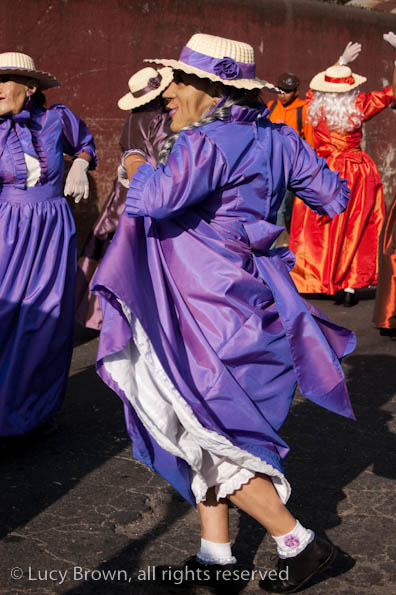 That was hard work. So elegant. 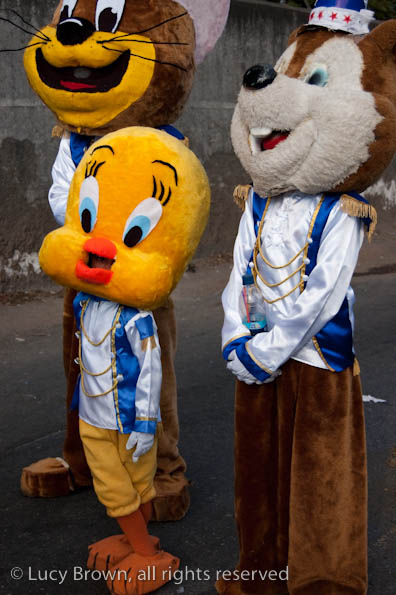 And who are these?