Music From the Steppe: Horse-head Fiddle and Throat Singing

Historically a nomadic nation, the horse still plays a beloved and integral role in life on the steppe and many Mongolian songs and poems extol its virtues. (See Nadaam Festival – Horse Racing on the Steppe.)

The scroll of this prized, traditional instrument is carved into the shape of a horse’s head while the bow and two strings are made from horsetail hair.

More than a musical instrument to the nomads, the morin khuur remains an intrinsic part of everyday life and rituals, accompanying songs, dances, ceremonies, folkloric tales and daily tasks including the taming of animals.

“Weeping Camel” is an insightful documentary into the nomadic world, showing Mongolian herders playing the morin khuur whilst serenading a mother camel to entice her back to her rejected foal. 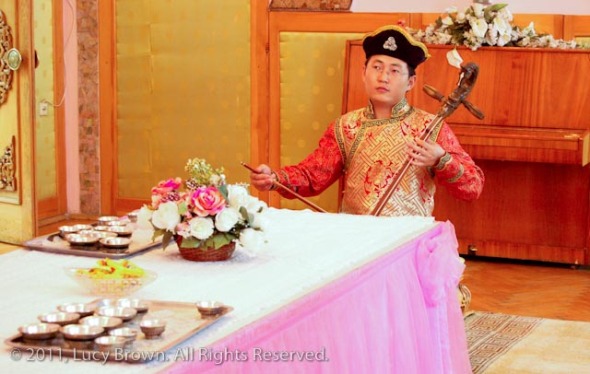 2. Musician playing the morin khuur during the traditional wedding ceremony. Part of the rite involves downing shots of vodka and the empty cups litter the table in front of him.

Last year my brother Mike married his bride Anna in her motherland, Mongolia and during the traditional part of the wedding ceremony, a musician played the morin khuur. (See Getting Hitched in Mongolia – Local Flavor.) 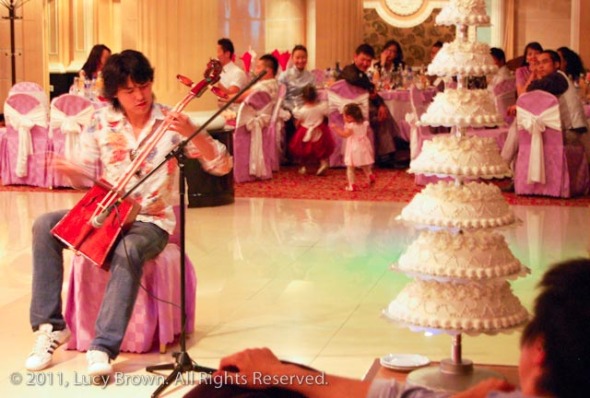 3. Khongor Khuurch playing the morin khuur and throat singing during the wedding reception.

5. Khongor happy to pose for a photo.

After Khongor finished performing, his father, Anna’s uncle Toroo, presented an honored Mike and Anna with the morin khuur as a very special and prestigious wedding gift.

Sacred in every Mongolian home, the people believe a ger with a morin khuur is complete whereas one without is like a widow. A ger is a traditional Mongolian felt, tent-like dwelling that is home to a huge part of the nation’s population both in the countryside and the city. 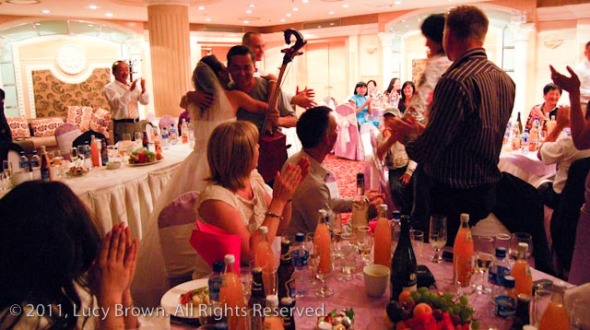 Mongolia is the most renowned country for khoomei (can be spelt differently), the ancient and otherworldly art of throat singing, although it is an esteemed musical tradition in neighboring areas too.

While in Kharkhorin, now a ramshackle town but once the ancient capital of the Mongol empire, an old musician called B. Baasandorj visited our ger camp bringing with him an array of traditional instruments. 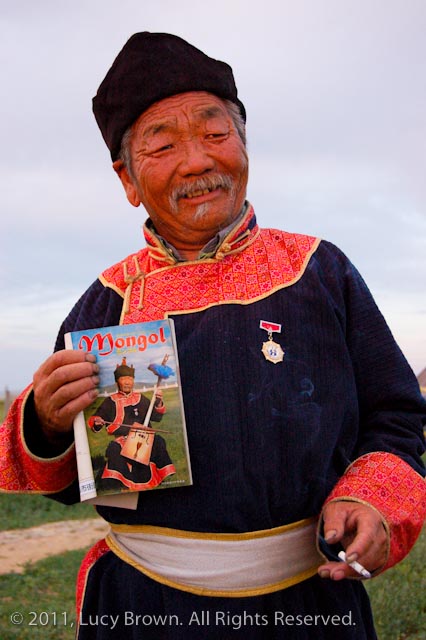 7. B. Baasandorj proudly showing off his book.

He indulged us to a mellow evening of melodious playing and khoomei, a welcome treat after spending two weeks of long days on the road out on the Mongolian steppe, or more accurately on bumpy tracks and completely off-road. 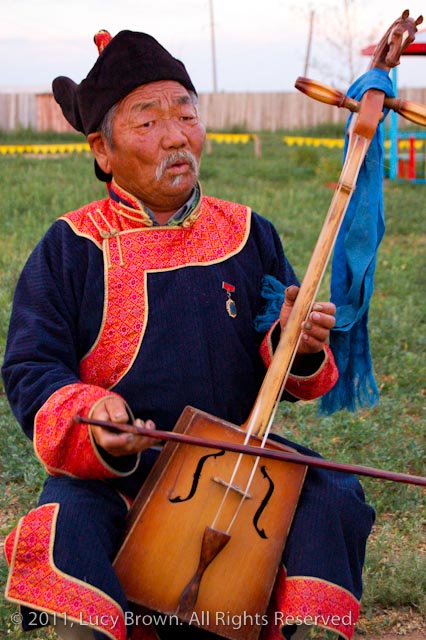 To hear the unique sounds of khoomei and learn more check out the following: 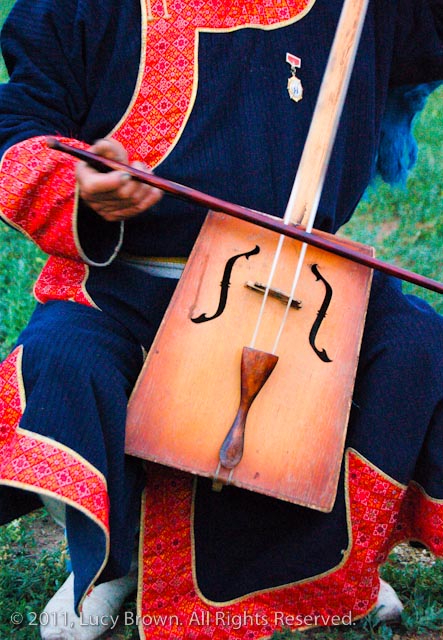 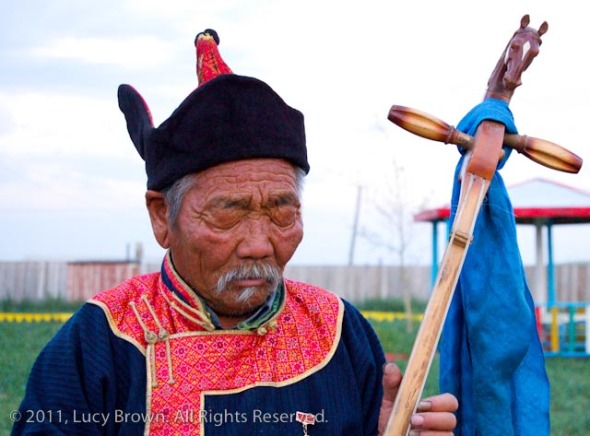 10. A close up showing the carved horse head scroll of the morin khuur.

Another traditional Mongolian instrument is the yatga, a kind of zither with a wooden body and strings played by finger plucking. 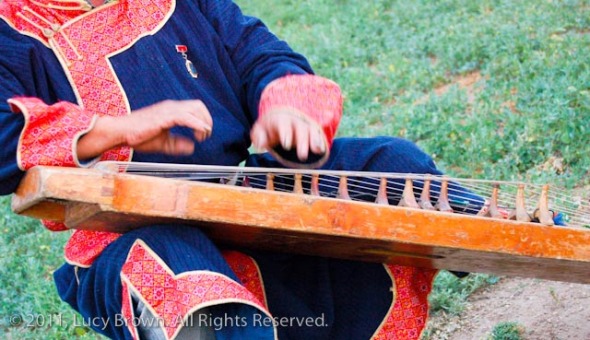 Check out B. Baasandorj playing the yatga and singing with some khoomei here.

The Mongolian flute, called the limbe, was traditionally made from bamboo and is a very popular folk musical instrument. It produces a delicate sound in stark contrast to the gruff tones of throat singing and flautists use a form of circular breathing to play it. 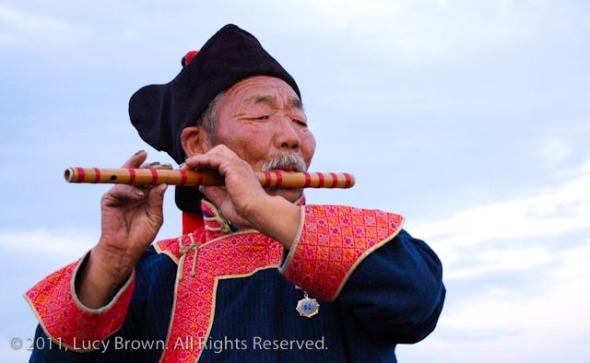 14. B. Baasandorj playing a limbe.