Sweating and choking on dust as it coated our skin and clothes in thick layers we slowly climbed the narrow path up the side of the extinct Volcán de Agua (Water Volcano), that looms 3,765 m (12,352 feet) above the colonial city of Antigua, about 45 km from the capital Guatemala City.

But this was no ordinary volcano hike. We were far from alone.

On January 21 around 12,000 people took part in the campaign “Subida por la Vida” or “Climb for Life” to protest Guatemala’s domestic violence. Hoping to change cultural attitudes with a call for peace and love while raising funds for its victims, activists joined hands up the volcano’s slopes to her summit, aiming to form a record-breaking human chain.

A Guatemalan flag was then passed over heads along the chain to the top amidst patriotic cheers while about 1,500 people stood holding hands in the crater forming the shape of a giant, possibly record-breaking heart.

British ambassador Julie Chappell hiked with the hordes, her embassy having helped fund and organize the campaign while national and international media helicopters buzzed overhead filming the event creating whirlwinds of dust as they landed.

Security was high with a heavy presence of armed national police and soldiers as Guatemala’s new President, Otto Perez Molina was among those taking part.

Here are the photos I took that day although as I only climbed about half way up I didn’t get shots of the crater and views from the summit. For those, check out these photos. 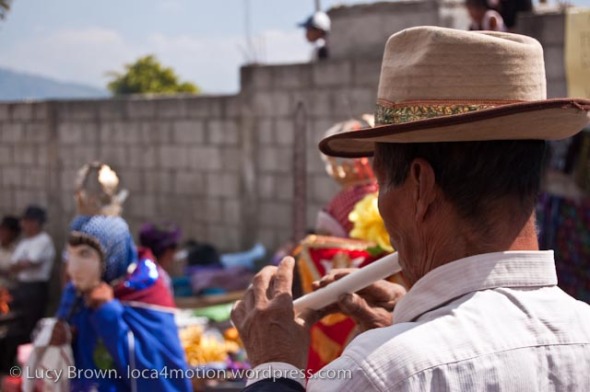 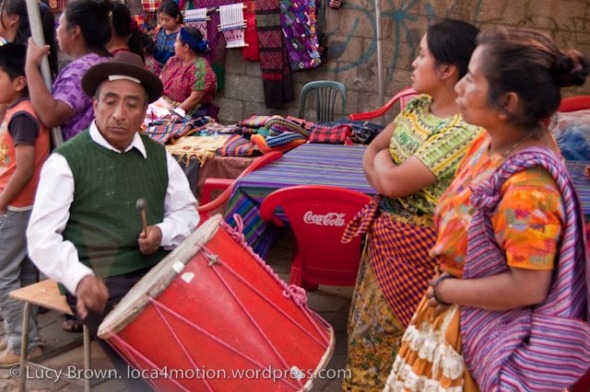 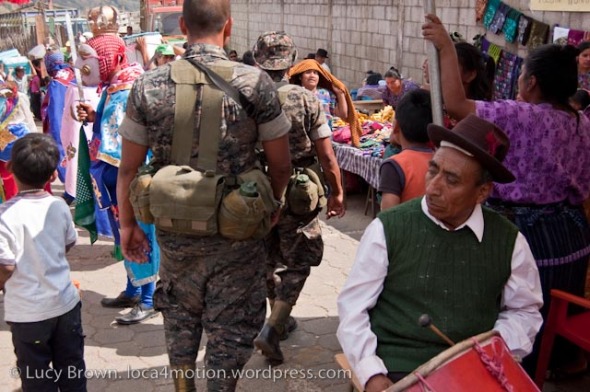 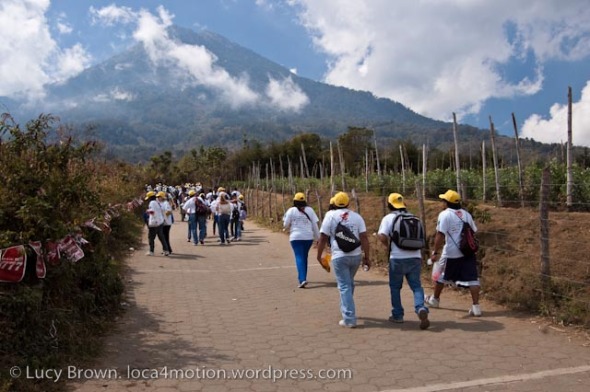 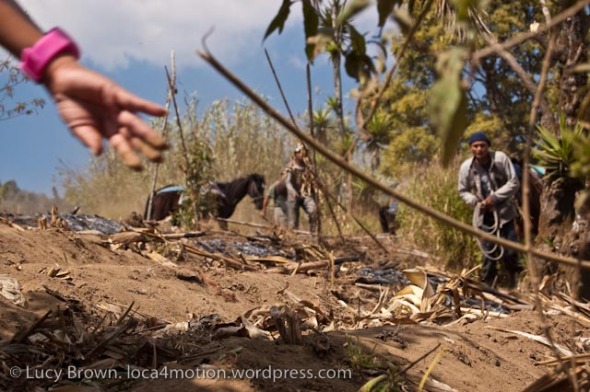 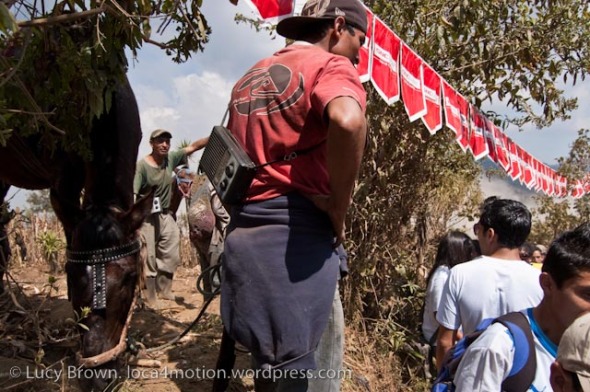 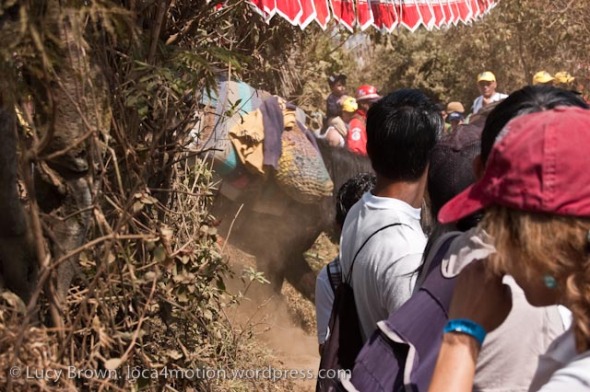 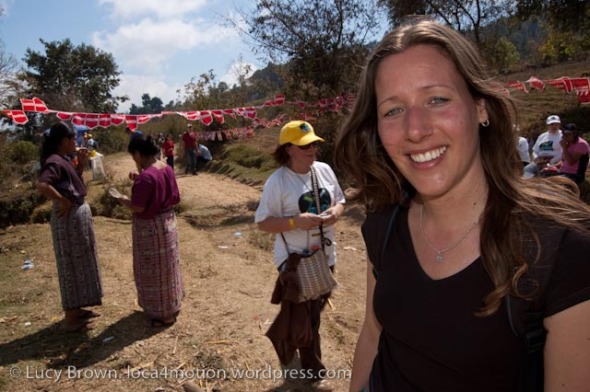 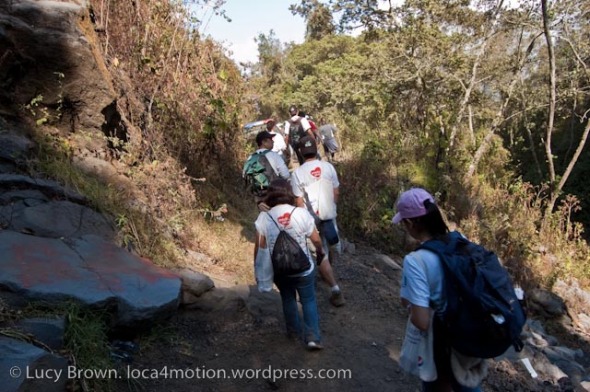 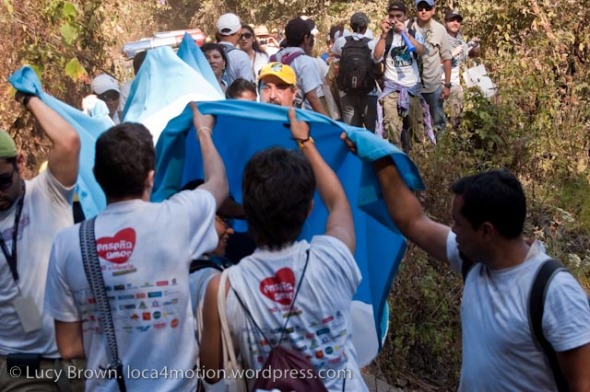 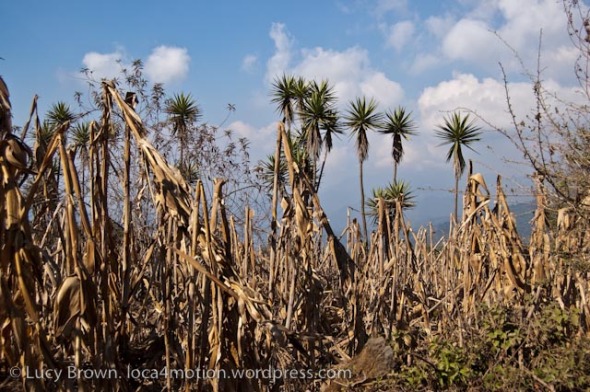 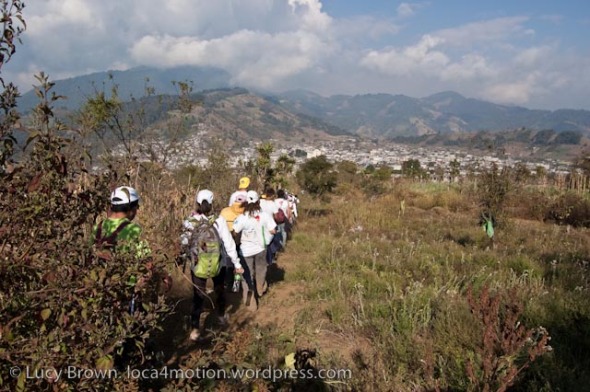 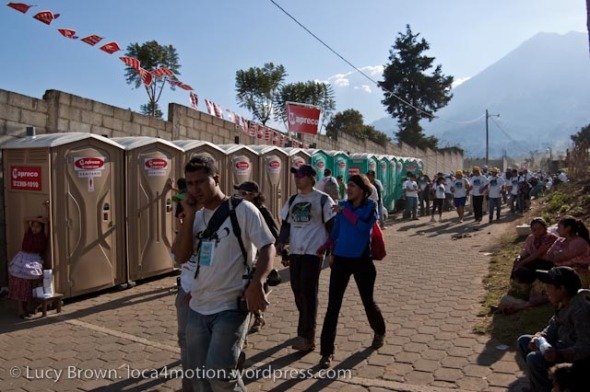 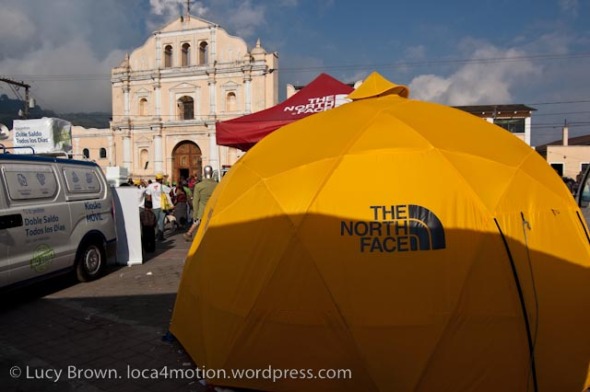